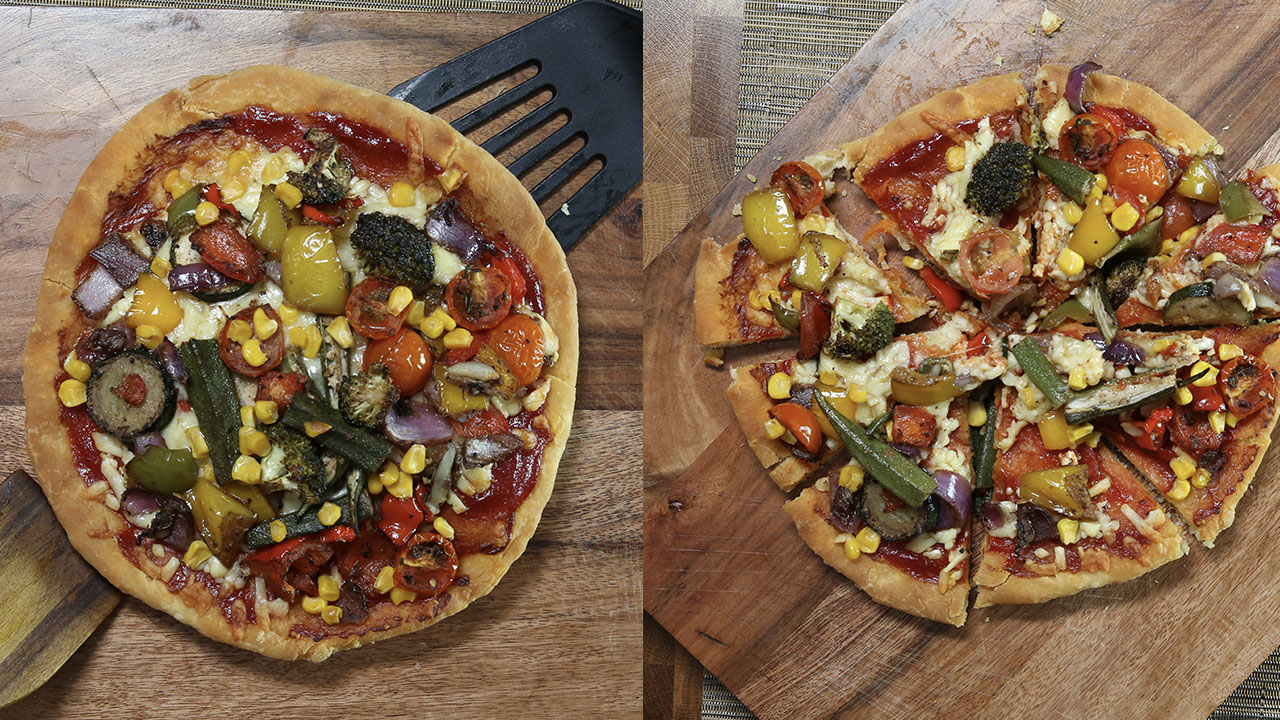 Imagine a dumpling pizza with delicious spiced veggies! sounds nice right! a great recipe for family friends and the kids will love it too!

Add Self raising flour to a mixing bowl, along with melted butter, and water then mix together and knead dough into a ball. Set in fridge for 10 minutes with clingfilm. In a frying pan add some vegetable oil on a high heat, add red onions, garlic, scotch bonnet then caramelise. Add red yellow and green bell peppers, broccoli, courgettes, cherry tomatoes, grated ginger and fresh herbs of your choice. Season with salt, black pepper and all spice mix together and cook down. Finally add in okra mix and simmer and steam.

Take your dumpling dough from the fridge and add some flour on your work surface and hands, dough in half then roll out a flat pizza base (9”) then shallow fry on each side until golden brown. Place dumpling base an oven tray or cast-Iron pan then add on tomato paste or ketchup and spread all over, then cover with cheese and the veggie mix. Place in oven for 15 minutes on 180 degrees cool down and serve 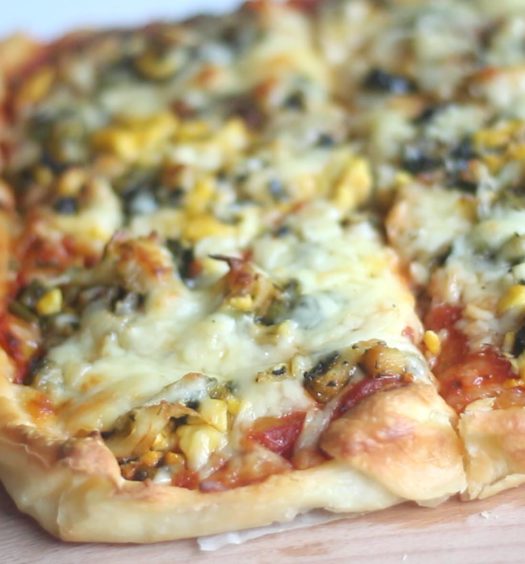 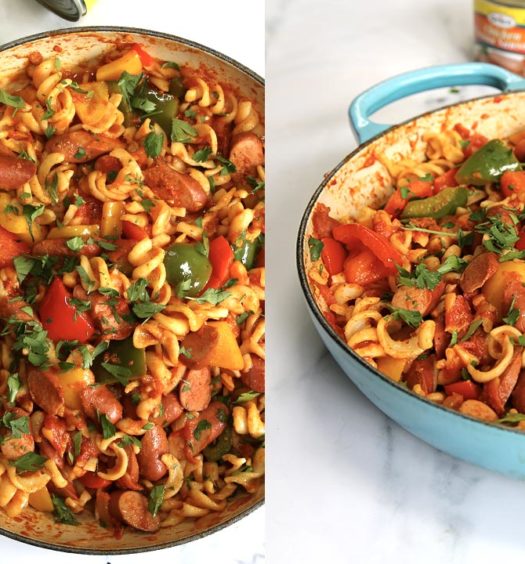